While looking through the images I made this week I remembered a dream I had a few days earlier. It’s rare when one can recollect a dream days later, but when it happens and then links to the photos you recently made it feels like it had a meaning, it feels right.

The highlight of that dream was that i was having a picnic. Few moments later i realised i was sitting on the top of a mountain and what i thought was a simple fog – were actually clouds passing peacefully through me.

Couple of days later, i decided to check out the new Car Park in Montpellier which rises to 9 floors… From the 1896 edition of the International Cloud Atlas which defined ten types of cloud. The ninth cloud was the cumulo-nimbus rising to a height of 10 km which is the highest a cloud can be. 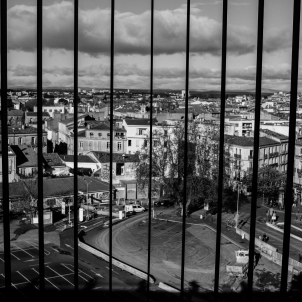 Thank you for stopping by, till next time

4 comments on “Going up”