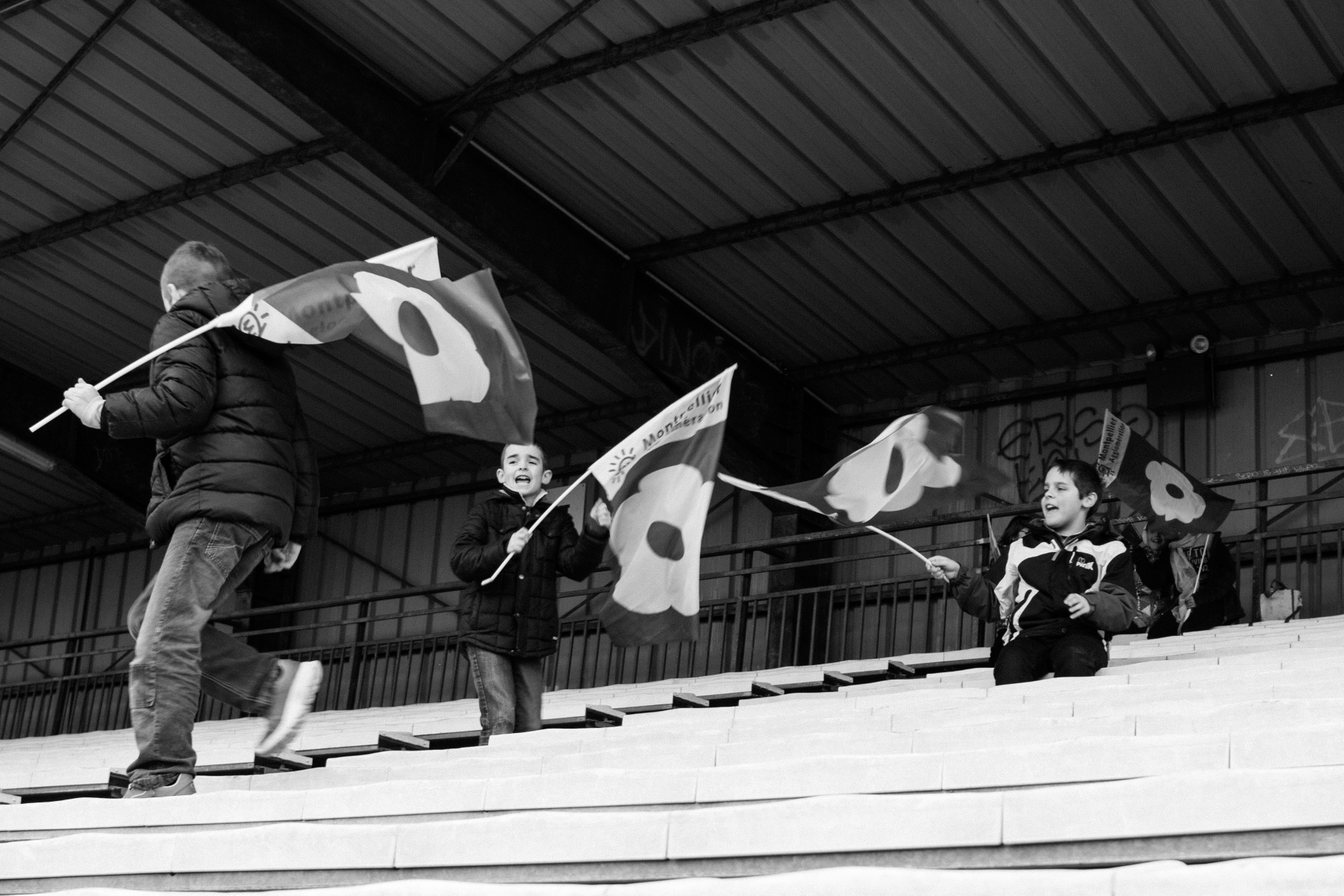 A couple of weeks ago I went to watch a rugby match. The home team of Montpellier ladies were up against the Northerners, Lille. You might think – well, it’s not a proper match but I can assure you these ladies played their hearts out in front of few hundred of supporters. 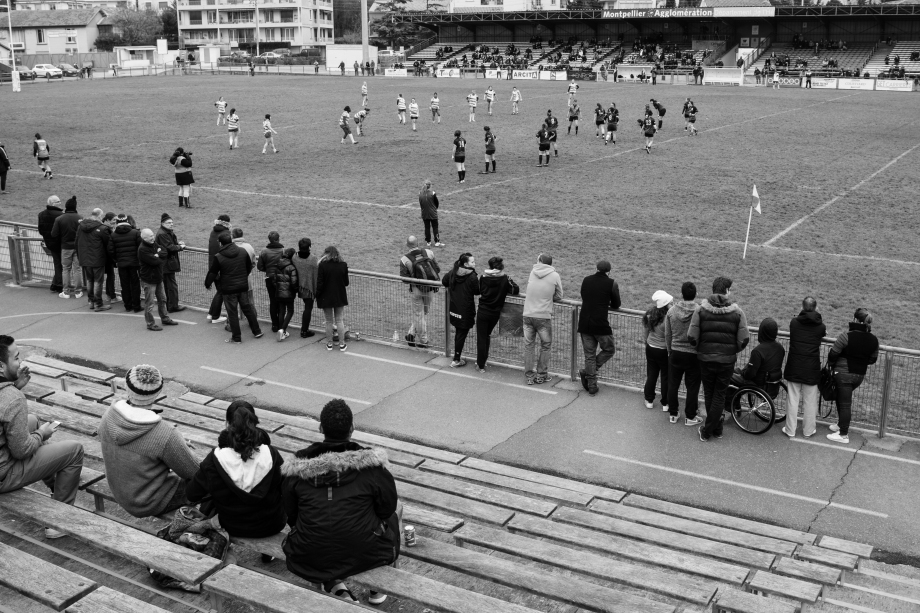 I haven’t posted anything of this genre yet, and I didn’t really go there to be a sport correspondent, there were plenty photographers with their super zoom lenses, not that I’m against zoom lenses, but for the past year or so I’ve been shooting with a 24mm. So to keep myself creatively constrained I stuck to it.

In France rugby is probably as popular as football. As my oldest son attends his second year in Junior team, I got into watching rugby quite often and followed the last year’s World Cup. And as I’ve never seen women team in action I was curious to experience it. 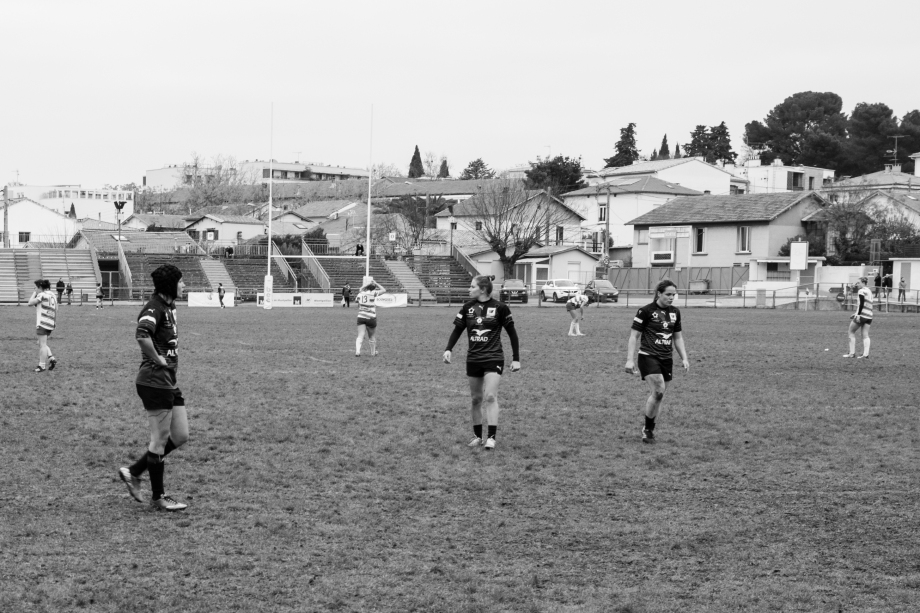 Yes, I had to heavily crop this shot, maybe if I had a zoom I would have noticed what I saw on my screen while editing. I love the position and the directions of the players here.

As I made my way around the stadium, I reached the “young fan zone”. By the end of the match they would have lost their voices. These boys screamed their hearts out for the most part of the encounter.

Women’s rugby union is a sport identical to the men’s game with the same rules, same sized pitch, and same equipment. However, it has a history which is significantly different, due to various social pressures, and the self-image of rugby union in general. As a result, this history has been largely hidden until comparatively recently, although the game is gaining a higher profile thanks to international tournaments and financial investment.

The home side won the match.

Thank you for reading,

3 comments on “The match”