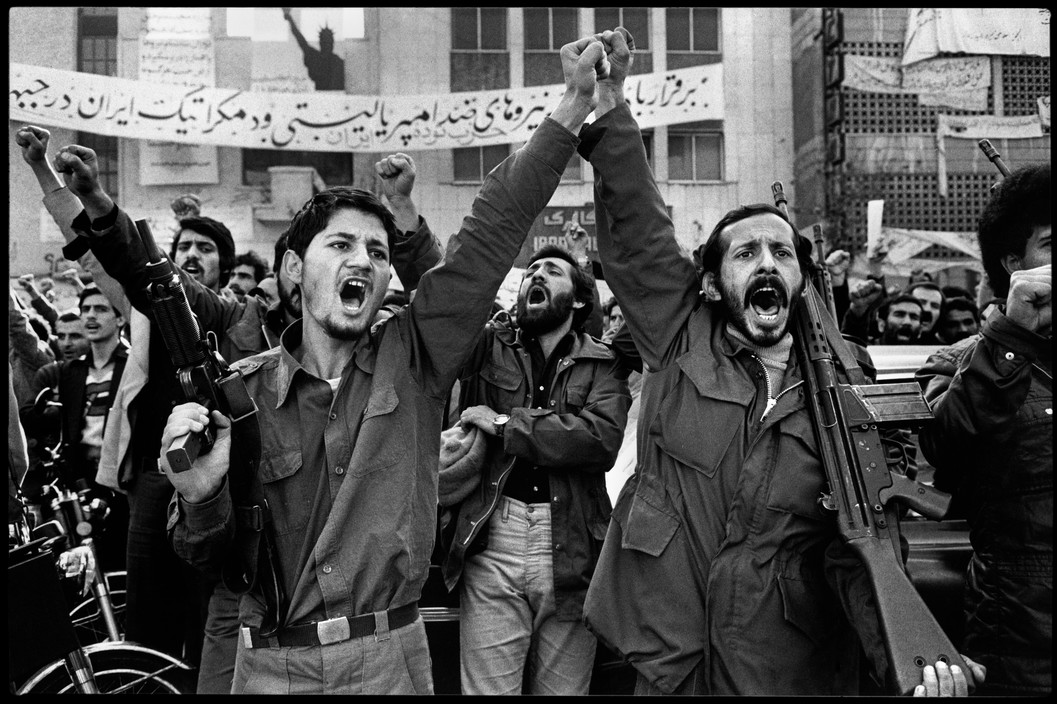 “I was born a photographer” – declares Abbas in one of the interviews. You may have heard of this name before and if you haven’t, I am sure you have seen some of his images as they remain to be one of the most important photographs of the 20th Century. This Monday we explore the work of Abbas.

Abbas is an Iranian photographer known for his photojournalism in Biafra, Vietnam and South Africa in the 1970s, and for his extensive essays on religions in later years. He was a member of Sipa from 1971 to 1973, a member of Gamma (agency) from 1974 to 1980, and joined Magnum Photos in 1981. The photographer is probably best known for his documentation of religion and its influence on society.

Instead of summarising the past work of Abbas which is absolutely fascinating I am going to leave you this fantastic link dear reader. It is really well made and takes you on a journey of Abbas’ life work and achievements. It is filled with images and video interviews with the Master so I would really recommend to check it out.

“ My photography is a reflection, which comes to life in action and leads to meditation. Spontaneity – the suspended moment – intervenes during action, in the viewfinder. A reflection on the subject precedes it. A meditation on finality follows it, and it is here, during this exalting and fragile moment, that the real photographic writing develops, sequencing the images. For this reason a writer’s spirit is necessary to this enterprise. Isn’t photography « writing with light »? But with the difference that while the writer possesses his word, the photographer is himself possessed by his photo, by the limit of the real which he must transcend so as not to become its prisoner.” 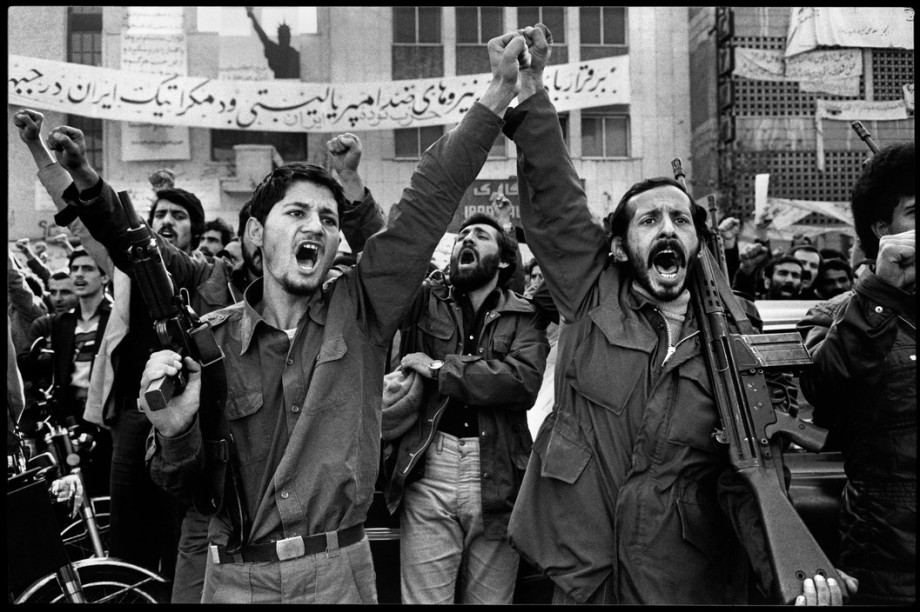 I chose this image not only because of it’s historical significance but also because of Abbas being an Iranian and photographing and portraying his own people in bad light while showing the violence of these times was a very dangerous thing to do. Abbas exiled Iran for 17 years after the revolution.

Another reason – while reading Magnum Contact Sheets article about Abbas and the story behind this shot. The photographer reveals that only after the film was processed in Paris and when he came back home, he noticed the armed militants chanting slogans, with their fists in the air, behind the banner denouncing imperialism and promoting democracy, a silhouette of the Statue of Liberty can be seen, also with her arm raised.. A statue from the same country whose diplomats were being held hostage a few meters away…

If you enjoy reading our Monday Masters, come and join us and share your favourite image, quote, story, lesson from the nominated photographer. Find us on Twitter or facebook by using the hashtag #MondayMasters.

Thanks for stopping by